Profiles: Board of Directors

David has  accumulated over 40 years of archaeological experience, including academic research, cultural resource management, and independent research. He began his career as a Southwestern archaeologist in 1971, focusing on the archaeology of northern Sonora, Mexico, and joining the Arizona State University Office of Cultural Resource Management program in 1976. He developed a strong background in Hohokam archaeology while at Arizona State University and later with the Museum of Northern Arizona. He expanded his research interests to include portions of the Colorado Plateau and the upper Little Colorado River valley of eastern Arizona. In 1979, Mr. Greenwald joined the Dolores Archaeological Program for the University of Colorado, broadening his interests in Basketmaker III and Pueblo I site structure and group organization. In 1984, he returned to the Museum of Northern Arizona, focusing again on Hohokam settlement and was instrumental in defining Late Classic and Post-Classic period settlement patterns and organizational structure. He continued his interests in Hohokam and Ancestral Puebloan studies from 1989 through 1997 with investigations of sites at the Phoenix Sky Harbor Airport and on several projects in the upper Little Colorado River valley. Relocating to New Mexico, he continues to serve as Director of Research at DMG Four Corners Research, a position he has held since 1999. Since 2011, Mr. Greenwald has served as President and Founder of Jornada Research Institute, focusing his research interests on the settlement history of the northern Chihuahuan Desert. Here, he has gathered researchers who share his vision of advancing research among the various cultural and natural resources that occur within this vast region, and developing opportunities for public involvement and education.

Dr. Jeffery R. Hanson – Vice President (and Research Associate)
Jeff received his B.S. in sociology-anthropology from the University of Wisconsin-Stevens Point, his MA in 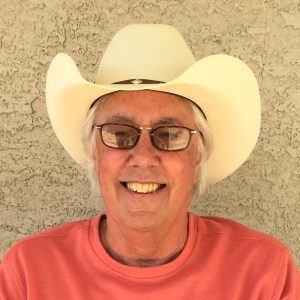 He has conducted archaeological field schools of hunter-gatherer camp sites in central and north-central texas, and ethnographic field schools at the Dry Fork Canyon petroglyphs in Utah, Devils Tower National Monument in Wyoming, and middle class neighborhoods in the Dallas-Fort Worth suburbs.  More recently he has been working in the applied archaeology field with Native American tribes, the federal government and the private cultural resources management sector. He has numerous publications on Plains Indian ethnohistory and archaeology and has published two archaeological novels.  His research interests include human ecology and social theory. He has also been involved in serving as an archaeological expert for heritage resources crimes, and has broad experience in antiquities laws compliance, National Register nominations and consultations under the National Historic Preservation Act. Jeff was recently (2012-2014) adjunct professor in anthropology at Texas Christian University, where he taught courses in general archaeology, forensic archaeology, and public archaeology. Currently, Jeff is a principal investigator with DMG Four Corners Research, Inc.

Nancy is currently the senior accountant for Dering Elliott & Associates, an advertising agency, in Park City, Utah. She has been an accountant for 19 years and has counted beans for a variety of businesses including a solar panel company, a business-writing firm, landscapers, a furniture maker, an interior decorator, a water softener company, advertising agencies, and a shaman.  She also does accounting for several non-profit organizations including the Park City Summit County Arts Council where she serves as treasurer. 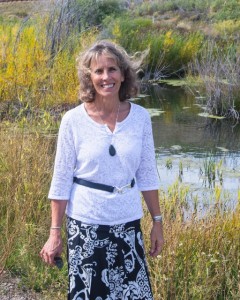 Nancy wasn’t always a dull accountant. Her first career was as an archaeologist, and she conducted digs in Utah, Colorado, and in the South Pacific on the Island of Upolu in Samoa. She was a locality supervisor for the Dolores Archaeological Project and taught field school for the University of Utah.  Nancy holds a Bachelor of Science Degree and a Masters Degree in Anthropology from the University of Utah.  She has many publications to her credit, and one in particular about Prehistoric Rock Art in the Colorado Plateau is often cited.

After 10 years digging in the dirt, archaeology got old (actually it started out old, too!), so she moved on to technical writing. Initially Nancy wrote and edited archaeological material, then moved to the engineering field where she got a job as a writer at the Center for Energy Studies at the University of Texas. She later worked as a proposal writer/consultant for a Utah consulting company (Shipley Associates) that worked with Fortune 500 companies around the world.  In that capacity, she wrote promotional materials as well and earned an Employee Benefits Communication Award for a series of brochures she created for American Stores Company.  As a proposal-writing consultant, Nancy had a 95% win rate for her clients who included AT&T, Bell Boeing, McDonnell Douglas, and Fluor Daniels. 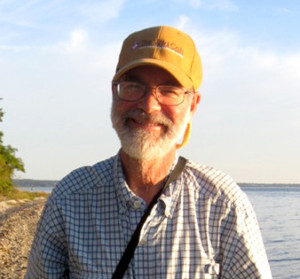 David Love is Principal Senior Environmental Geologist, New Mexico Bureau of Geology and Mineral Resources, New Mexico institute of Mining and Technology, in Socorro, New Mexico. During his 33 years at the New Mexico Bureau of Geology, Dr. Love has worked with the environmental geology section, investigating problem soils, earthquakes, fault scarps, volcanic hazards, groundwater problems, definition of alluvial valleys in coal strip-mine areas, radionuclides downstream from uranium mines, trapping of liquid pollutants in the shallow subsurface, and the geology of archaeological sites. Currently he and colleagues are working on the recent geologic history of the northern Tularosa Basin with regard to the longevity of aquatic ecosystems containing rare species.

Before joining the New Mexico Bureau of Geology and Mineral Resources, Dr. Love worked as a ranger-interpreter for the National Park Service and as an instructor at Washington State University.  He has been the “token geologist-lecturer” on many field trips throughout the southwest and in local areas of New Mexico. He has contributed to and helped edit several guidebooks concerning the geology of New Mexico. He has taught courses on earthquakes at FEMA’s national training center in Emmitsburg, MD, and train-the-trainer workshops in New Mexico, particularly workshops for teachers known as “Rockin’ ‘round New Mexico.” Dr. Love holds B.S. degrees in Geology and Anthropology from Beloit College in Wisconsin, and M.S. and Ph.D. degrees in Geology from the University of New Mexico.

Joan has a Bachelor’s Degree in Fine Arts from the Manchester College of Art, England, and Doane College, Crete, Nebraska, and a Master’s Degree in Fine Arts from the University of California at Santa Barbara. Joan brings an exceptional background in writing and public education to JRI. She is a freelance writer/photographer and educator with a strong focus on Native American cultural issues. She was born in Denver, Colorado, in 1947, grew up in Colorado Springs and moved to Tularosa from Santa Fe, New Mexico, in 1994. She is a licensed substitute teacher in the Alamogordo Public Schools and a freelance writer/photographer for the Alamogordo Daily News.In 1999, with Kay Sutherland, Ph. D., a cultural anthropologist from Austin, and El Paso, Texas, Price founded and co-directed the Rainhouse, a non-profit foundation to facilitate cultural exchange between Mesoamerican and North American native groups. They conducted a Round Table Conference (1999) between scientists and Native Americans and  An Ethnographic Assessment of Indigenous Mexican and Mayan Cultural Affiliation to Hueco Tanks State Historic Park (2001) for Texas Parks and Wildlife.

Joan has produced documentaries for several Native American groups on rebuilding ancestral heritage including the Hopi Prayer Run to Mexico (2006), Where Culture Is, There Is Harmony an employee training program for the National Park Service Office of Indian Affairs, and When Cultures Meet: Remembering San Gabriel del Yunge Oweenge Symposium. 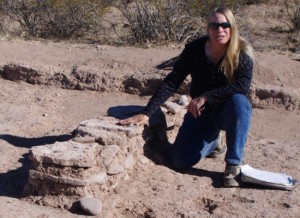 Deni is is a leading regional authority on protohistoric and historic Native American and Spanish colonial archaeology and ethnohistory. For over 25 years she has studied the ancestral Apache, Sobaipuri-O’odham, and lesser-known mobile groups (Jano, Jocome, Manso, Suma, and Jumano) who were present at the same time. She has excavated two Spanish-period presidios and several indigenous sites of the period, works with indigenous groups in reconnecting with their heritage, and has rewritten the history of the pre-Spanish and colonial period southern Southwest. Deni has published extensively on these groups and this period, with more than 75 publications in referred journals, edited volumes, and popular venues, and has served as guest editor for journals. She has also authored three books: Where the Earth and Sky are Sewn Together: Sobaípuri-O’odham Contexts of Contact and Colonialism; From the Land of Ever Winter to the American Southwest: Athapaskan Migrations, Mobility, and Ethnogenesis; and  A Fateful Day in 1698: Archaeological Insights into the Remarkable Sobaipuri-O’odham Victory Over the Apache and their Allies.

Deni received her doctorate and master’s degrees in Anthropology from the University of Arizona in 1990 and her Bachelor’s degrees with honors in both Anthropology and Environmental Studies from the University of California, Santa Cruz in 1980. She has taught, was employed by a number of state and federal agencies, and has worked for a number of cultural resource management firms, including one she founded and oversaw. Now she is a full-time research archaeologist affiliated with two academic institutions and the nonprofit research group Jornada research Institute and she serves on the boards of two non-profit.

Margaret is a highly experienced rock art researcher who has made significant contributions to the study of rock art in Texas, New Mexico, Algerian and elsewhere. Among her numerous achievements, she has been honored in her work by receiving the Brice Award for archaeological achievement, and the Castleton Award. She has an extensive publication record, and has given well received papers at conferences, including the Utah Rock Art Research Association meeting and the Jornada Mogollon Conference. Here are the links to Margaret’s Academia.edu website: https://independent.academia.edu/MargaretBerrier Margaret has also designed a wonderful Three Rivers Petroglyph coloring book. Here is the link: https://www.academia.edu/43988672/Three_Rivers_Coloring_Book 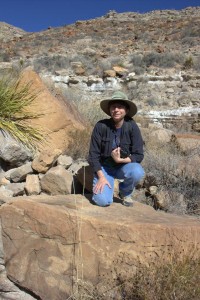 Alexander Kurota has over 20 years of experience in Southwestern archaeology. In 1998 Alex obtained his MA in Anthropology (Archaeology) at Wichita State University after which he worked for various archaeology contract companies in Arizona and New Mexico. His research publications have focused primarily on the Mogollon,Jornada Mogollon and Ancestral Pueblo culture areas and understanding the use and exchange of prehistoric pottery. In the past eight years, Kurota has directed a series of field projects on White Sands Missile Range and White Sands National Monument.  He works as a Senior Archeologist and Ceramic Analyst at the Office of Contract Archeology, University of New Mexico in Albuquerque. 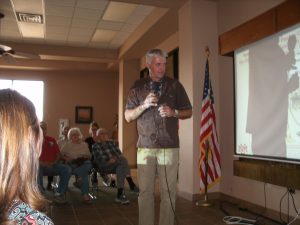 Dr. Dave Rachal has 16 years of professional experience in geoscience research, teaching, and consulting in the Chihuahuan Desert. He has been involved in all phases of archaeological investigations including survey, testing and evaluation, and data recovery projects throughout southern New Mexico and west Texas. He has directed paleoclimate reconstructions and photogrammetry projects for both paleontological and archaeological studies. He has also conducted high resolution first order soil surveys, digital soil mapping projects, soil erosion projects, and environmental assessments for ecologists and land managers on federal military installations in New Mexico. Dr. Dave has always been fascinated by how large-scale geologic processes can create unique landscapes. He has dedicated his life to exploring as many of these landscapes as he can and has visited over 33 countries over the last decade studying localities where geology and ancient civilizations intersect. His research interests include arid soil geomorphology, modern and paleo-eolian systems, geoarchaeology, Quaternary environments, photogrammetry, and human-megafauna trackway interactions. The majority of his research is conducted in the Tularosa Basin.

Thatcher Rogers joins Jornada Research Institute as our newest Research Associate. Thatcher received his M.S. in 2019 from the University of New Mexico and is currently a Ph.D. candidate also at UNM in Anthropology with an emphasis in Archaeology and a minor in Statistics. He also serves as an archaeologist and ceramic analyst at the Office of Contract Archeology at UNM. His research focuses on social organization, interaction, and identity construction in cultural borderlands and peripheries in the southern American Southwest and in northwest Mexico. He has a strong background in the archaeology of northern Mexico and of areas along the United States-Mexico International Border, including the Tularosa Basin and surrounding areas.

Or by e-mail at: jeffery@jornadaresearchinstitute.com