This award-winning documentary about the looting and grave robbing at the historic Fort Craig post cemetery will be presented by JRI at Fort Stanton, at 2:30PM on Saturday, July 14th. The presentation will take place at the 1936 Hospital (See map below). Previously featured in our Fall 2017 newsletter, this documentary has been presented at the Flickinger Theatre in Alamogordo and the Farm and Ranch Heritage Museum in Las Cruces, and has received excellent reviews.

This video production (approximately 45 min in length) presents the events that led to the cold case investigations of looting and the removal of interments from the cemetery, and efforts undertaken to prevent further unauthorized disturbance and removal of human burials within the cemetery. Most of the looting took place in the 1960s. JRI president David Greenwald/ DMG Four Corners Research, Inc., led the human remains recovery efforts in 2007. Sixty-four complete or near complete sets of human remains were recovered. Human remains analyses were conducted by Dr. Douglas Owsley and his team at the Smithsonian Institution and reburied in Santa Fe National Cemetery in June and July of 2009. All artifacts recovered in association with the burials were also reburied along with the remains. Those artifacts that came from empty coffins are being used for educational purposes.

Following the showing, David Greenwald and JRI Vice President Jeffery Hanson, who participated in the criminal investigation and human remains recovery, will hold a discussion. 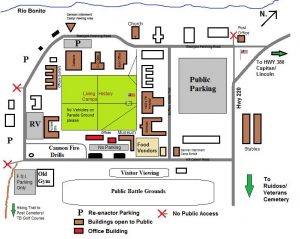